Learning how to draw myself became an obsession.
It took me four months to see that I was drawing you instead. 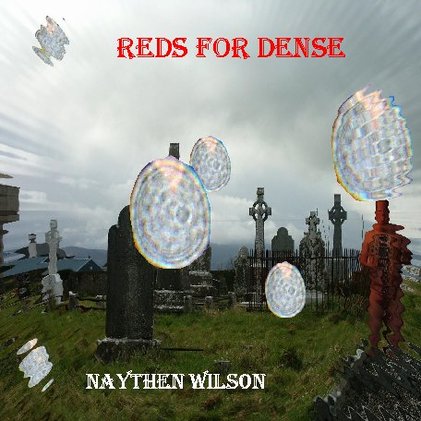 01 - As You Wish
02 - Just For You
03 - 0460
​04 - Way Off
This album was recorded at Bluepen Studios in the
first two weeks of November 2007. All songs written
and performed by Naythen Wilson except Track 1
which features a guest appearance on bass by Ken
Hallowell. Special thanks go out to BJ and Marsha.

Without this union, all of my being would not exist.
None of this music would matter. 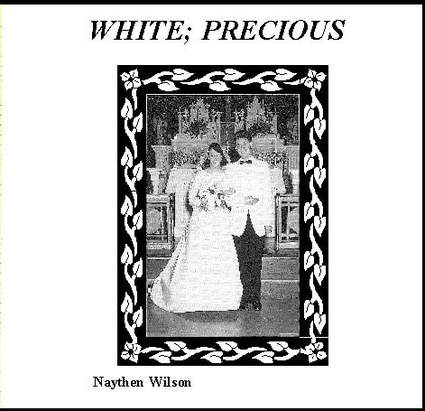 The forest has kept me for a little over 27 years.
Now it's the forest's turn. 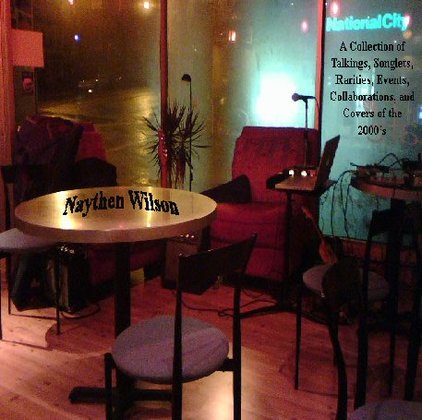 01 - Miriam
02 - Bouree
03 - I'm the Ruiner
04 - Theme to a Desolate Winter
05 - Boneshadow (Vocoder)
06 - Little Bunny Fu Fu
07 - Nessun Dorma
08 - Antiques Road Show
09 - The Haunt
10 - Piano Experiment 1
11 - Chenst
12 - Janky
13 - Piano Experiment 2
14 - The Tree That Wonders
15 - Spread Out
16 - Abbey Clip
17 - Ewe and Eye
18 - Tobaccosnippet
19 - 'Til There Was You
20 - Joining Forces
21 - Kitchen Sequence
22 - Katherine
23 - Catamaran Rap
24 - Carry Me
25 - Erasing and Mixing
26 - I Won't Even Gi
27 - Piano Experiment 3
28 - More Holes
29 - Mother In the Afternoon
30 - There Are No Face Cloths Left
31 - The Most Beautiful Girl In the World
32 - Listening to Melvin
33 - When the Puppet Explodes
This album is comprised of recordings that suck or
at a bare minimum will make you want to never
listen to Naythen Wilson's material ever again.
These are the skrids, the leftovers, the small piece
of dog shit that is still left in the grooves on the
soles of your shoes. However, with that being
said, we feel it is necessary for you to hear these
pathetic clumps of sound. You will enjoy them on
a sick level at least. There are several guest
appearances, but we are still determining whether or
not we want to bring other people's names into
this. This compilation was completed on
November 22nd, 2007

Thank you,
The Management

This is a nod to the ship that came right down the street.
It leapt from the page, directly into my heart. 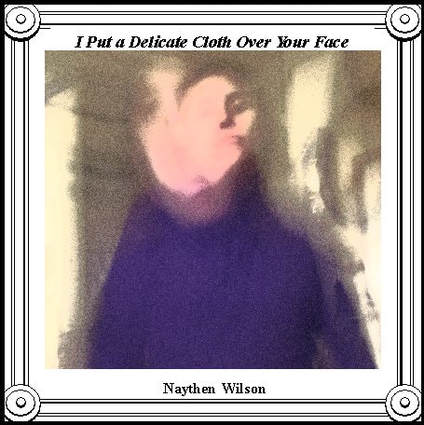 I really wish I hadn't given up so quickly.
I never even got to feel the tearing of my skin. 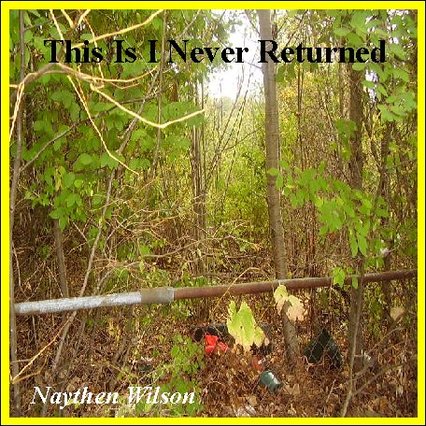 I turned a springboard into a thorn bush.
String shot out of my hand and I was replenished. 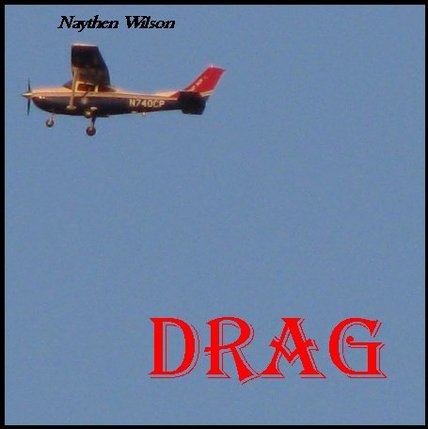 Special thanks to Marsha and Grant for helping me cope with the amount of work I had
to put into the transcribing and recording of this album, Nicole LePera for help with the
arrangement of Track 4, to Mom and Dad for aiding in laying my musical foundation
and a final thanks to my professors at UMO, for allowing me to stretch the boundaries.
©2008 OE Inc.     Recorded April of 2008 at Bluepen Studios

Her form strode gracefully out of view.
​I was smitten to the core. I had not had my fill of her. 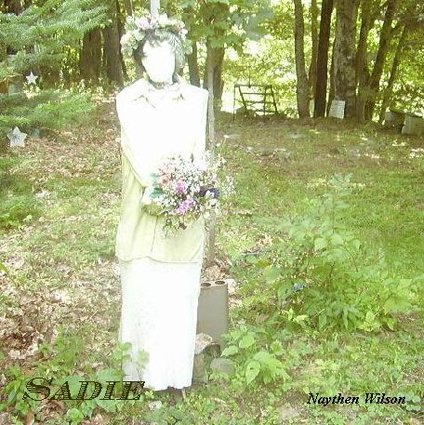 Launching out of a nightmare and into a coma.
Falling out of your purpose and into his position. 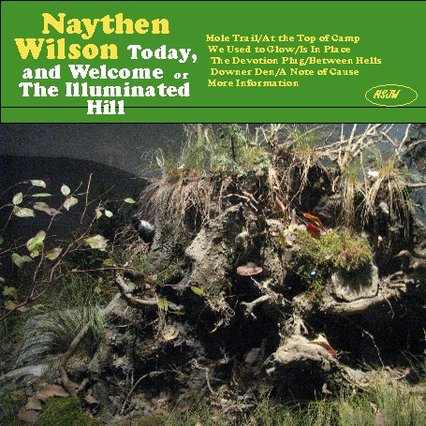 01 - Mole Trail
02 - At the Top of Camp
03 - We Used to Glow
04 - Is In Place
05 - The Devotion Plug
06 - Between Hells
07 - Downer Den
08 - A Note of Cause
09 - More Information
All songs written, conceptualized and performed by Naythen Wilson
All bass and backing vocals performed by Ken Hallowell.
Guitar and Bass recorded on May 28th, 2008 at Bluepen Studios
Lead Vocals, Backing Vocals, Short Wave Radio and Trombone
recorded on June 20th, 2008 at Bluepen Studios. Special thanks go out
to Ken Hallowell for his eager and willing participation in this ritual,
Marsha and Grant for being there for me, my family for allowing me to
sculpt my universe, Joel for the trombone that I have always wanted, and
basically no one else.

Never was a boy scout...
​...but still mastered tying knots. 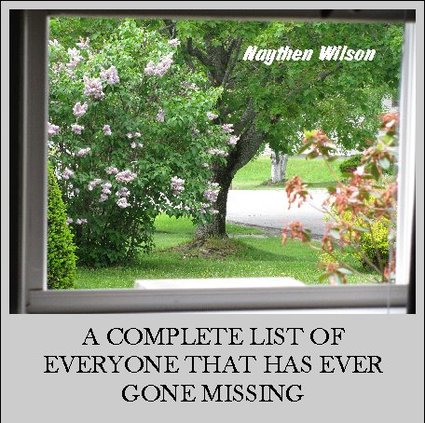 Combining youth with excessive speed brings about severe lust.
I have learned to adapt well. 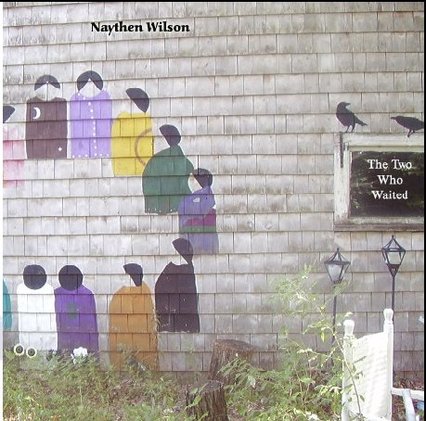 All songs performed by Naythen Wilson
Ken Hallowell guest appears as a backing vocalist on
"Nothing Bang", "15th Hole", "It Was Her Choice" and as lead
vocalist on "This Is Yours"
This album was recorded over June-August of 2008 at Bluepen Studios
It was finished on August 9th, 2008