There is at least one point in one's life, where they have to accept and adore the crushing blow.
The key is to simplify. 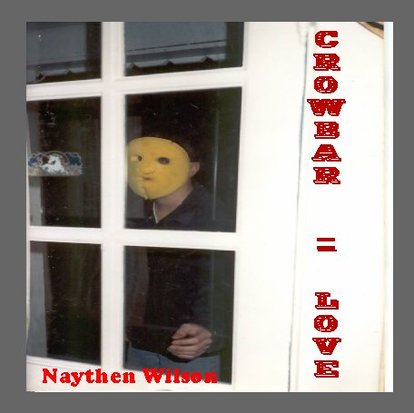 It is now time to turn off of this road...
...and on to one that is fruitful and worthy of you. 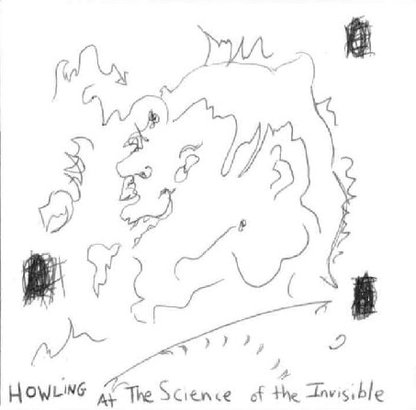 01 - Some Pertinent Information
02 - Like Oregon
03 - Adelaide
04 - White Knuckle
05 - The Doll Hears the Whine
06 - The Heretic
07 - Unspung
08 - Fever Moon
09 - The Seaside Grave of Baby Rice Pt. 3
10 - The Anchor Leg
​11 - And You Can
All songs conceived, written and arranged by Naythen Wilson
Produced, Mastered and Mixed by BJ Brown and Naythen Wilson
At Bluepen Studios in June-July of 2003
Guest Appearances by BJ Brown, Tom Wilson, Joel "Ded Gein" Kaplan, and Jim "Yimmus" Williamson

With this birth, came a sense of awkwardness.
I realized quickly, that this wasn't supposed to take place. 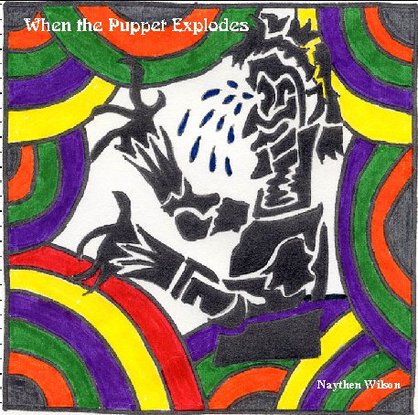 If you are to lay the quilt on your lap...
...while it is there, take the time to notice how it has been pieced together. 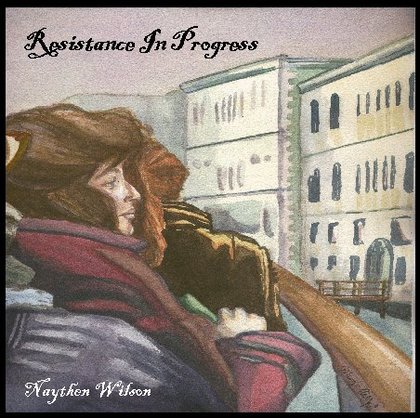 01 - The End
02 - Galaxies Split (Flipping the Harmonious Rectangle)
03 - Old Glory
04 - Godless America
05 - The Bee Keeper
06 - Few and Far
07 - The Ultimate Riddle
08 - This Back
09 - Everything's O.K.
10 - How To Open a Door
11 - One Person Puppet Show
12 - Lord's Prayer (Revised)
13 - The Chalkboard Clean
14 - My Tell-All Book
15 - I'm Too Many
16 - Baron Von Grapenut
17 - You Can Have Some Cereal
18 - Ode To a Decade Capsule
19 - Epiphany
All songs written and conceptualized by Naythen Wilson
Recorded at Bluepen Studios/Bog Street Apartments May 2004
Mixed and Mastered by BJ Brown and Naythen Wilson
Special Thanks: To the King of Cancer BJ Brown, Diane, Sonny Proded, All of the people on
and off my list, Margo Billings for the cover art, Olympus, Alex Deisinri, Daniel Johnston for
his guest appearance, John Phillip Sousa for his permission, and special guest diggers Grant
and Marsha Brown 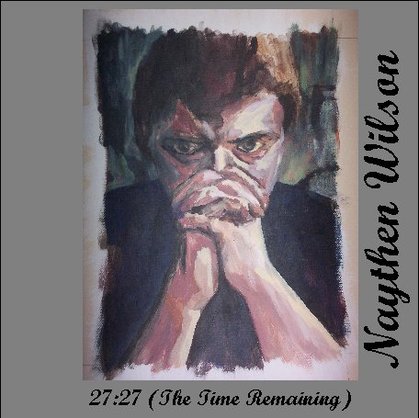 01 - Electric Timothy
02 - In the Mouth of the Ark Fly
03 - Carmelita
04 - The Gallon Behind
05 - Stare, Broken
06 - 27:27
07 - The Immediates
08 - Part of a Larger Face
09 - Snell
10 - The Songster
All tracks written and performed by Naythen Wilson except Track 3 written by
Warren Zevon and interpreted by G.G. Allin,
All drums performed by BJ Brown.
Guest appearances on Track 3 by Ded Gein and BJ Brown on backing vocals,
Track 4 by God on Guitar and BJ Brown on Destructo-Bass and inciting a large
crowd to riot in the stands, and Lyrics on Track 10 by Samaqansqehs.

Recorded, Mixed and Mastered at Bluepen Studios in September of 2004 by BJ
Brown and Naythen Wilson.
Cover Art by Margo Billings adapted from an original Jefffrey Adelberg photograph.

Special thanks to: My brain for putting up with me, and everyone involved in the lengthy convoluted
bullshit situations to birth this album. If you haven't been listed in the credits of my other
albums then consider yourself not thanked
If I have forgotten anyone then.............

I am to scream all of the darkened whispers that fall upon these ears.
​None are ignored, and all are put forth with the same rage and passion as they are made known to me. 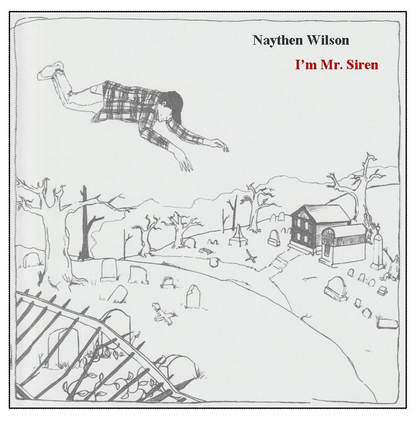 Everything about that night was worth it.
It wasn't until later, that the equation was unearthed. 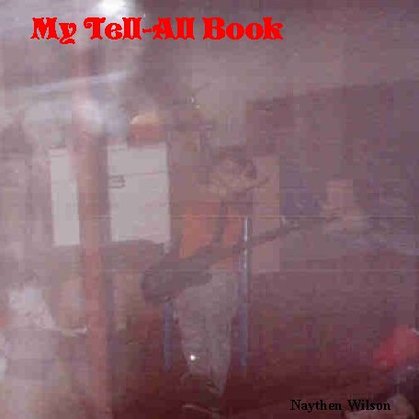 NW08 - The Naythen Wilson Septet Sings the Songs of Adrian, the Chief of Police (April-May 2005)

I began talking faster and faster.
​He wasn't even paying any attention to me. 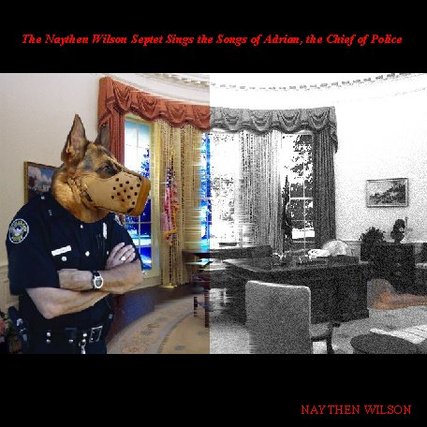 01 - Adrian's Theme
02 - Interlocked Before a Speaker
03 - Square Deal
04 - Jon Bean's Coke Machine
05 - Palace of Trees
06 - Legs Twice
07 - Ling Teacups
08 - It Would Take a Lifetime To Film
09 - Nice Moustache
10 - You, The Event
11 - He Put You There
12 - The Ceremony
13 - 42 Minutes of Bliss
14 - Anatomy of a Scheme
This album was recorded in April-May of 2005. This album would never have been possible without the abilities of engineering visionary Jon Bean. (Thank you for helping in the construction of the snake.) Artwork by Duane Edwards. All songs written by Naythen Wilson. Jon Bean: Synth on tracks 3, 6 and 12 Pill Shaking on track 5
Turntables on track 8, Backing Vocals on track 11 and tons of extraneous banter throughout the album.
Thank you to all that were involved in the making of this album
​©2005 OE Inc.

I have never loved you.
​Each and every second has been for me, and me alone. 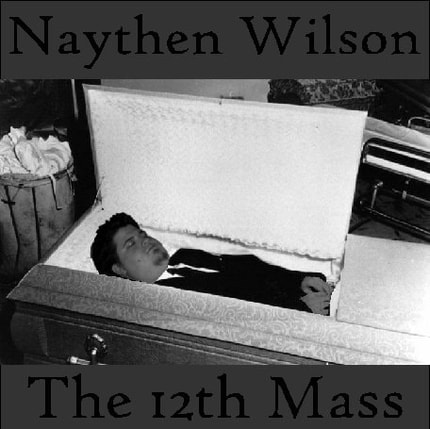 01 - The 12th Mass
This album was written, recorded, mixed
and mastered on July 30th, 2005
At Bluepen Studios. Cover art by BJ
Brown/Naythen Wilson.
Special thanks to Trash and Creepshow for
hateful inspiration, and aiding
me in unleashing this unholy terror upon
​the world.

With the first breath taken, I was sure of my path.
​I knew which fin was straight and what hair to pluck. 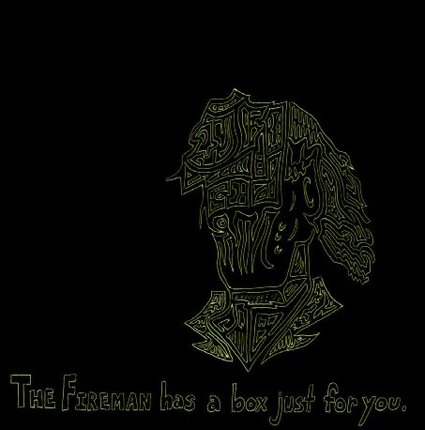